Home Page > Photovoltaic panels: how to recycle them in compliance with the WEEE legislation

Photovoltaic panels: how to recycle them in compliance with the WEEE legislation 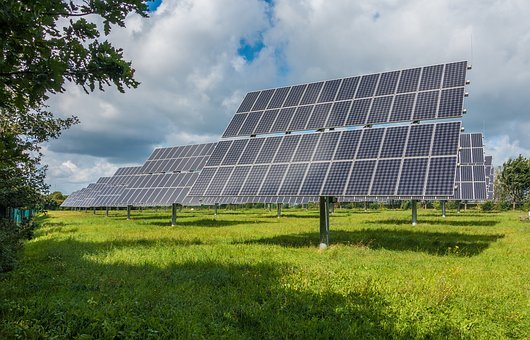 Photovoltaic panels are a great ally for the production of energy from renewable sources, and their increasing effectiveness combined with a series of incentives designed to favor their diffusion has permitted, over the last few decades, an exponential increase of their quantity.

It is not surprising that individual citizens, public administrations, and companies that use these tools for the production of energy are more and more, but the great diffusion of photovoltaic panels inevitably causes some important problems, in perspective. First of all: how to properly dispose of photovoltaic panels at the end of their life cycle? And how to manage in a really efficient and environmentally safe way the large amount of panels that, inevitably, we will have to replace over the next few decades?

We know that, at the end of 2019, about 900,000 photovoltaic systems were installed in Italy, almost all of them small (power less than 20 kWp) and with an average age of around 10 years. All these systems, that started to work in the first decades of the 2000s, are slowly losing part of their capacity to produce energy: it is estimated that every year a solar panel produces, on average, about 1.6% less energy, compared to the previous year, and this percentage may be even higher in the case of old plants, put into operation before 2011.

Given that the ability to produce energy of a photovoltaic module naturally decreases over time, we can estimate that the useful life of a solar panel is around 25-30 years (obviously in case of breakdowns or damage it can be even lower!). After this period of time it is necessary to replace the panels, and it is for this reason that – already today, but even more in the next 5-10 years – it will be necessary to take care of the disposal of a large amount of waste of this type, which are incuded in the WEEE-R4 category, but which are subject to specific rules. 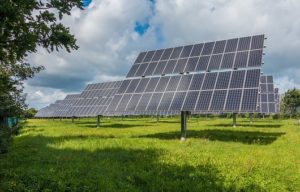 The disposal of photovoltaic panels: what the legislation provides

Discarded photovoltaic panels are, from a circular economy perspective, a great resource. These WEEE, in fact, contain a large quantity of precious raw materials, which can be usefully recovered and reused, provided that the panels are disposed of correctly at authorized treatment centers. We have to remember that, before the Legislative Decree 49/2014 included photovoltaic panels among the R4 type WEEE, these products were almost always simply delivered to landfills, after having only differentiated the aluminium component which corresponds to about 10% of their weight, with an enormous waste of raw materials and with considerable risks also from the point of view of environmental protection.

Like all WEEE, photovoltaic panels must also be separated and sent separately to authorized treatment centers, where they are first made safe by eliminating any dangerous substances present inside them (cadmium telluride, germanium, gallium …) and subsequently disassembled for differentiate their different components (mostly glass, plastics and aluminum).

The legislation establishes that the cost and responsibility for the disposal of photovoltaic panels fall on their manufacturers, so owners of solar panels to be replaced can simply contact the company that took care of the installation, which will take care of the disposal free of charge.

Once delivered to one of the authorized treatment centers and secured by eliminating potentially dangerous components, the photovoltaic panels are treated with specific machines that allow the separation of their various components.

First the aluminum component is disassembled and separated (which is usually concentrated in the frame of the photovoltaic panel), and then the actual panel is treated, consisting of a glass plate on which the photovoltaic cells are placed, covered with a plastic sheet.

The glass is first separated from the plastic film, and the two components thus differentiated follow two different channels: the glass, which constitutes about 80% of the entire panel, is sent for recycling while the plastic sheet, to which the photovoltaic cells and the electrical contacts adhere, it is shredded. The material, reduced in size, is then subjected to various screening and blowing processes, which allow to differentiate the different materials that compose it according to their density.

In this way, different raw materials are obtained ready to be reused: copper and silver (coming from electric wires), but also silicon and plastic powder. By treating solar panels in this way, it is possible to recycle more than 95% of their components, and this value is destined to increase in the future, since today the manufacturing companies are extremely attentive to environmental issues and – as required by Italian and European regulations – work on creating panels that are increasingly easier to differentiate and poorer in potentially dangerous components.

Do you want to learn more about the legislation regarding the WEEE disposal? Download our guide!

Do you want to learn more about the methods of WEEE disposal?
Download our guide and contact us to know how CAMEC can help you in managing waste in a more efficient and sustainable way!